Dog Names for All Breeds and Genders

Home Dogs Dog Names for All Breeds and Genders 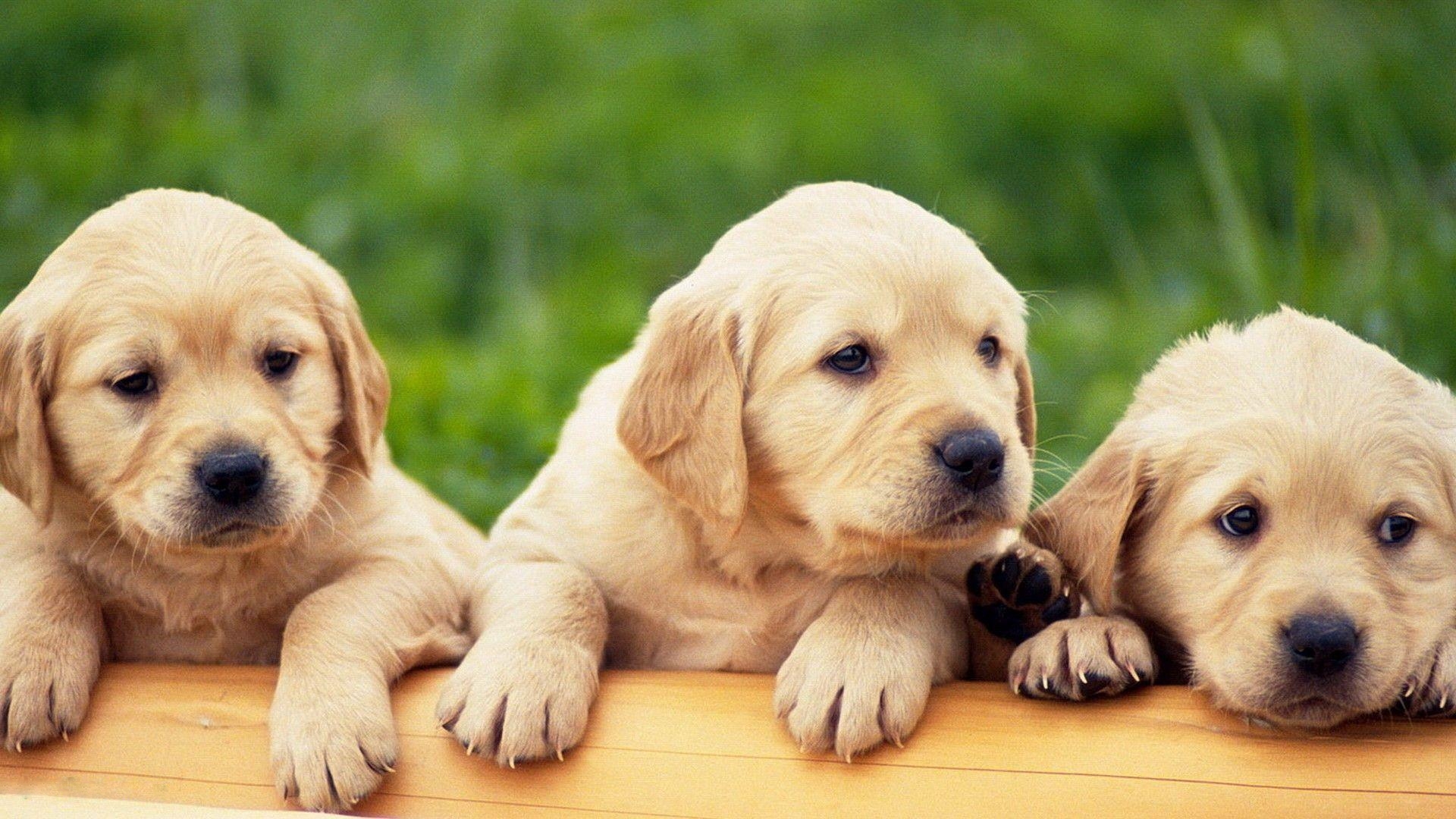 A dog’s names say a lot about its owner, so pet parents are increasingly taking their time picking the perfect dog names. With the slightest prompting, dog owners will explain enthusiastically on the reasons for their dog’s name.

Sometimes a dog gets it’s name because of it’s personality. And sometimes it has to do with the dog’s origin, whether it be geographically or biologically.

It is common for the naming of a new dog to stir up lots of debate in households. This is a good thing, a dog’s name is the most important thing about them and it needs to be something that everyone is in agreement with.

It is even important to be in agreement on how the name is pronounced. This is because dog’s respond to sounds and tones rather than the actual words themselves.

Dog Names are Critical in Training

Training is a top concern when it comes to giving your dog a name. This is because your dog will hear their name constantly, and they will learn how to respond to it when teaching it commands.

Dogs usually respond to their name because when they hear their name it usually signifies that something is going to happen. So them hearing their name is more of a prompt rather than a way of identifying your dog.

That means that your dog needs to respond to their name, and correlate it with good things. You can teach them to recognize their name with something they enjoy like a dog treat.

Sit next to them and when they look at you, call the dog by it’s name and give them a treat. Repeat, and eventually, they’ll learn that responding to their name brings them things that they like.

The sounds you choose will influence your dog, too. Short and snappy will get your dog to respond quickly because they’re easier to understand.

On the other hand, long and slow tones do not. Say if you wanted to name your dog “Maximilian” try “Max” or “Maxwell” instead.

This doesn’t mean your dog’s name can’t be unique! While every third dog may have the name “Buddy,” there are thousands of names and words that have just one or two syllables that you can use.

It is also popular belief that a hard consonant sound in the name, such as the letters “c” and “k” help dogs distinguish it from surrounding sounds.

It is advised to avoid names that your dog may confuse with commands. For example, your dog could confuse the name “Ray” with “stay.”

You probably dedicate a fair amount of time into naming your new pup. Sometimes your dog’s appearance. breed, or personality can suggest the perfect moniker.

Whether your new pup is a boy or girl, you want them to have the perfect name.

Below are some of the most popular names among male dogs:

The most popular names for female dogs include:

People names are popular choices for dogs. Data shows that in the top 10 for both female and male dog names, you can find a majority of human names. Max and Bella take the number one spots, for example. They lead the likes of Charlie and Jack for male dogs, and Lucy and Molly for female dogs.

Other human names that fit dogs include:

These are funny names to give to a dog, and they can also describe the behavior and characteristics of the dog perfectly.

Choosing a human name for your canine can be complex because there are so many names out there.

It is recommended that you first think about your dog’s personality and character because some of the traits that stand out and are similar to humans.

It is also common to name your dog after a famous person, or character from a movie or TV show.

Dog Names from Characters on the Silver Screen

Many dog owners commonly name their furry friend after a favorite character from a movie series.

For example, if you’re a fan of the Lord of the Rings series there is a whole host of names to choose from.

If Lord of the Rings is not your cup of tea try other movie series such as Harry Potter and Star Wars.

For Harry Potter fans there is a good selection of names to choose from, such as:

Consisting of names such as:

The Game of Thrones world is popular so it also has many names to choose from.

If you’re more of a bookworm rather than a movie aficionado, give your dog a name from a favorite book or novel.

There are many great characters to choose from, including:

It is also common to see dog named after comic book characters.

There are many great names to choose from, such as:

Dog Names Made Famous from Movies

Everyone knows of famous movies where a dog is a main character. Due to the popularity of certain movies, this has lead to many dogs being named after other dogs made famous on the silver screen.

To accommodate giving your dog the same name as a dog from movies, you could also name it after dogs in TV shows.

Dog Names Made Famous in Literature

If you’re more of a book reader rather than movie or TV watcher there is still many names to choose from.

Some of the most famous dog names come from other dogs in literature.

Dog Names for Males That Are Unique

So you’re getting a new dog. Instead of giving them a popular or common name, give them a unique name that makes them stand out from other dogs.

Every dog deserves to have a name that is not only uncommon, but reflects on their personality.

Here a few unique names to help you choose:

Dog Names for All Breeds and Genders That Are Unique

There are an abundance of unused, unique dog names that can fit dogs of all breeds.

Creating a unique dog name for your pet can seem like a challenge at first because we all want the best name for our dog that reflects the whole of their personality in one word.

Below are a handful of unique dog names for all breeds and genders:

Dog Names for Males That Are Uncommon

One of the best and most fun parts of owning a dog is that we can name them anything we want. There are so many interesting and uncommon dog names that we can tag to our new friend.

Most of us want an uncommon name for our new puppy, and something that we’re also happy with.

Here you will find some uncommon names for your male pup:

Dog Names That Are Funny

It is always nice to give your dog a name that is funny and that will create some laughs. Not only are they funny, but are also uncommon so your dog is bound to stand out with a funny name.

Great dog names that are funny include:

Can’t Decide on a Name?

Try this handy trick. Stand outside and shout out potential name choices. Go with whichever names rolls off the tongue easily, because they usually feel the most natural to call out.

You won’t know until you try calling out all the names you are considering.

The Best Fit for You and Your Dog

When it comes down to it, picking something you love is most important.

You want to get that warm, heart-wrenching feeling every time you say your dog’s name. Just like you want your dog to respond to his or her name with joy.

If it makes you smile when you say it, you’ve found the right choice. 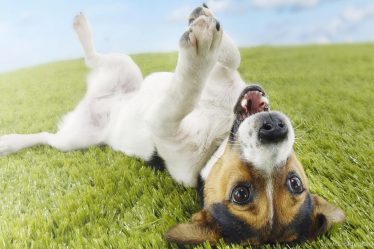 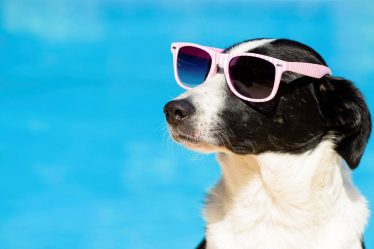 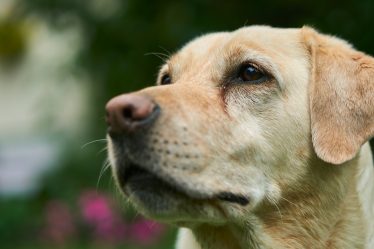