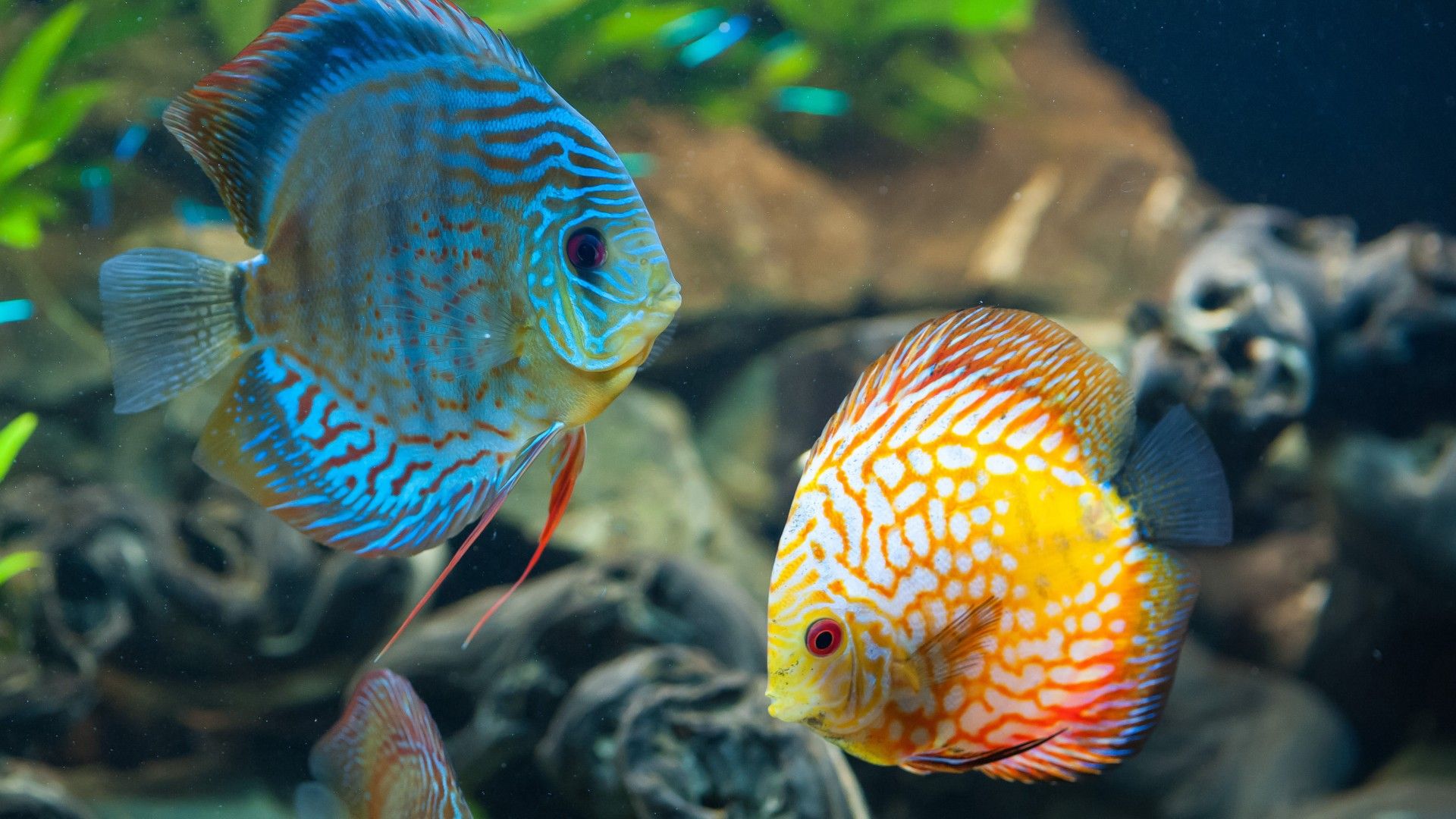 .Exotic fish are a great option when making a unique freshwater aquarium. There is a large variety available from all over the world.

Likewise, there are plenty of common fish breeds that would fit nicely in any fish tank.

When you think of exotic fish, you might think of the nerve-wracking dwellers in the deep sea. However, that’s not the case here.

What Are Exotic Fish?

We have a general understand of where common fish such as the goldfish come from. But what classifies a fish as “exotic”?

If a fish inhabits somewhere that isn’t their native area, they become an exotic fish. This can happen by accident or intentionally.

It is possible for exotic species to cause problems. Since their natural predators aren’t likely in the area, this can lead to rapid reproduction.

However, since you’ll be domesticating the fish, this isn’t much of a concern. If you do plan to breed the fish, be prepared for the process.

So what are some of the best fish breeds for your aquarium?

The African butterflyfish is an exotic fish with an exotic appearance. As the name suggests, this breed is native to Africa. Additionally, when seen from above, it appears as a butterfly.

African butterflyfish are among the oldest species of fish. They have been the same for over 100 million years.

Their mouths are unique, as it looks like the fish is forever frowning. This design is useful though. It makes catching food like insects and surface dwelling fish simpler.

The body of an African butterflyfish is typically a dark brown color. They have a speckle pattern to camouflage themselves in foliage.

Be cautious when mixing them in with smaller fish. African butterflyfish are natural predators, although they usually do play nice with others.

These guys survive best in a shallow aquarium with other butterflyfish.

Arowana fish are a breed of powerful swimmers that are native to the Amazon river. They are often semi-aggressive towards other fish, so they may not mix well other fish.

The Arowana can grow up to 4 feet long. They are carnivorous predators with a long lifespan. Many live to be at least 15 years old.

The bodies usually have a sleek, silver look. Their mouths resemble a drawbridge, and the tailfins are rather small.

Their agility in the water allows them to jump out of the water briefly. They use this to their advantage to prey on small insects near the surface in the wild.

If you’re a beginner fish owner, Arowanas aren’t for you. The size and behavior makes them a better fit for experienced individuals.

They have a large variety of patterns and colors due to captive breeding. However, their flat, disk-like body is distinct. Discus fish also have red or yellow eyes and large dorsal fins.

While you can house Discus fish with other breeds, they mix best with their own breed.

They do require a bit more care than most exotic fish, so Discus fish are more suitable for a hobbyist with more experience.

The Elephantnose fish is rare, even among the most dedicated exotic fish owners. Their name comes from the trunk-like mouth extension, which it uses for feeding and self-defense.

This breed originates from the Niger River in Africa. Over the years, they have developed an electrical field that helps sense surroundings. Likewise, it also assists in communicating with other fish.

Elephantnose fish have a semi-aggressive nature like the Arowana. Because caring for them is difficult, you should only get one if you have experience under your belt.

The Flowerhorn cichlid, also known as Flower Horn, is commonly for the horn-like growth on their forehead.

As such, this is where the name comes from. There is special fish food to promote speedy head growth.

Their appearance isn’t their most known feature, however. That goes to their incredible personality. They have a curious and interactive nature.

Unlike most fish, Flower Horns have been reactive to their owners. Oddly enough, some even like to be pet.

With that said, they are aggressive to other fish. So keeping them with their own breed is ideal.

Flower Horns will definitely stand out in any fish tank. They come in all colors of the rainbow with various patterns. No matter their color, however, the infamous horn will almost always be red.

The Rope fish is an eel-like fish. The breed is native to West and Central African rivers. In the rivers, they would frequently use natural hiding spots.

As the name suggests, Rope fish resemble a rope. They have a flat head and scaly patterns across their body. There are unusual tentacles on their faces that act as nostrils.

Similar to the Elephantnose, Rope fish are nocturnal. Unlike most fish, Rope fish also have lungs. This means they can breath air just like we can.

As long as Rope fish have hiding space and suitable companions, they are peaceful. An angelfish will make a great tank mate.

Rope fish are easy to care for and make great exotic fish for beginners.

The Snakehead fish is a bit of an oddball. It’s a slightly larger, less user-friendly alternative to the Rope fish. A 5-gallon tank would be far too small for this fish.

You must have a special permit to have Snakeheads in captivity within the United States. Be sure to check your local laws before you consider getting a Snakehead.

Like Rope fish, Snakeheads are have both lungs and gills. Likewise, it also has an eel-like. In fact, it shares many characteristics with the Rope fish.

Don’t think you can take Snakeheads lightly. The breed is grows very large and requires extensive care. Only the most experienced fish keepers should even consider owning one.

The Zebra Plecostomus, or Zebra Plecos, are native to rivers stemming from the Amazon river. The breed has a zebra-like pattern.

Zebra Plecos are a bottom dwelling variety of catfish. They favor small caves and spaces between rocks along the riverbed.

If you’re looking to get one, be sure to equip your tank with some hiding spots to keep them comfortable.

Like many others on the list, Zebra Plecos are nocturnal fish. Although they are peaceful, Zebra Plecos do best with the same species.

This breed can be handled by beginners, but those with a bit more experience will get the most enjoyment.

Is an Exotic Fish Right for Me?

The important thing is being able to properly care and maintain them. Additionally, the price tag on exotics are usually much higher than that of a common guppy.

If you can’t afford to do so, or you don’t have the time to learn, exotic fish might not be for you.

If you want to add exotic fish to your aquarium, be sure to start with a low-maintenance breed such as a Rope fish or a Zebra Pleco.

Above all, if you think you’re ready, take the leap and add some variety to your aquarium. 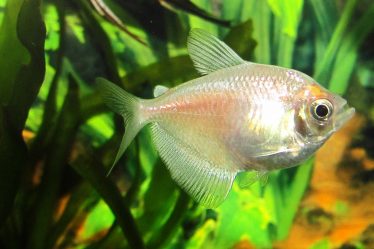 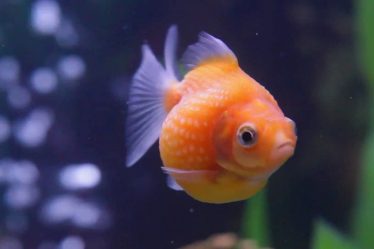 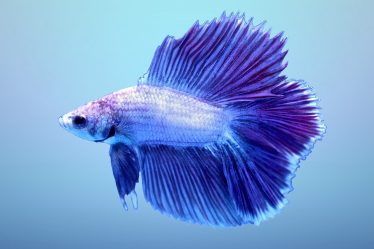